The ultimate goal is a life well lived. Our entire team is committed to helping our clients achieve that. 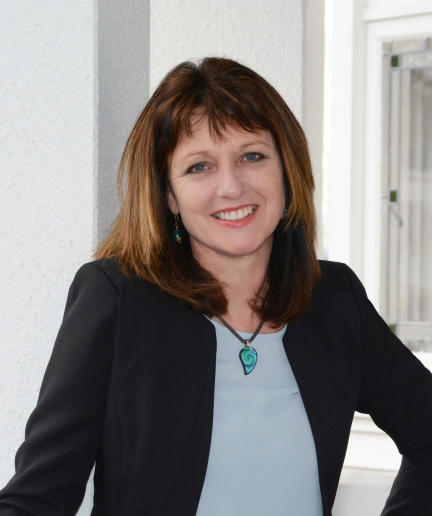 Jocelyn is the Chair of Rutherford Rede Limited. She studied Commerce and Arts at Auckland University before spending eight years in corporate research and advisory positions. A founding committee member of the Association of Investment Advisers and Financial Planners (IAFP) in 1985 and an Inaugural Board Member of the Association, Jocelyn have been long-established in the advisory industry. In 2011 Jocelyn became one of the first Authorised Financial Advisers to complete the National Certificate of Financial Services. She is an Accredited Investment Fiduciary as well as being certified under the standards of the Centre for Fiduciary Excellence.

She enjoys spending time at Matakana where the family has a bach, walking good distance to maintain fitness, and holds an interest in art and design. She is involved in the community through her involvement as Chair of Dementia New Zealand and Dementia Auckland. Jocelyn holds expertise in assisting clients who are in need of establishing with confidence a secure financial pathway. In particular she specialises in assisting Trusts; Family and Charitable in establishing their investment policies and investment frameworks to meet their responsibilities and needs. 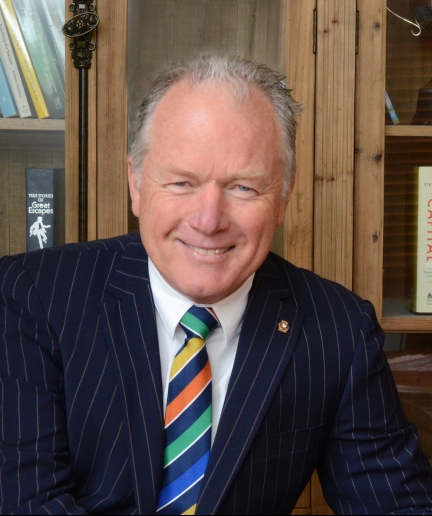 Phil is UK-born but raised and schooled in NZ and regards himself very much as a NZ’er; in fact nothing gives him more delight when the two countries meet on the sports field where he barracks loudly for the Kiwis. Prior to heading to Europe on his ‘OE’ in 1975 he qualified as a member of the NZ Society of Accountants (now CAANZ) and worked in that capacity whilst in London for four years, with experience in treasury with JH Vavasseur & Co, a merchant bank, and Ladbrokes.

Returning to New Zealand in late 1978, Phil took up the Finance Director role at L’Oreal and determined at that time that he wanted to work in his own business, which ultimately led him to the financial planning profession which was just emerging in 1989.

Phil loves the outdoors, has tramped all the recognised New Zealand alpine and lowland treks, some many times over. He cycles, walks the neighbour’s dog, plays tennis regularly and makes a very poor fourth player in a round of golf. He admits to getting value for money for his green fees and covers most blades of grass on the course, also finding a loudhailer useful to keep in touch with his fellow players. He reads extensively, and has a passion for music, movies, mountains and muts. He is responsible for two adult children, now living for some time in Melbourne, Anna and Jonny (and their partners) in their late-30s, and is awaiting some action on their part to produce his first grandchild.

Rotary has been a significant part of Phil’s life, an organisation that offers a subtle blend of good friendships, business networking and the opportunity to give back to society. Phil was Club President at Takapuna North Rotary in 2006-07 and in 2013-14 was Governor of District 9910 which encompassed Auckland North to Kaitaia and the Pacific Islands of New Caledonia, Vanuatu and Norfolk Island. This year he is again President of his Club.

Finally, football. Phil played senior football for 35 years retiring in his mid-50s after an early season tournament when in the warm up three players were injured. He is a life-long Liverpool FC fan and can finally relax now after 30 years with them carrying off the Premiership title in the 2019-20 season. 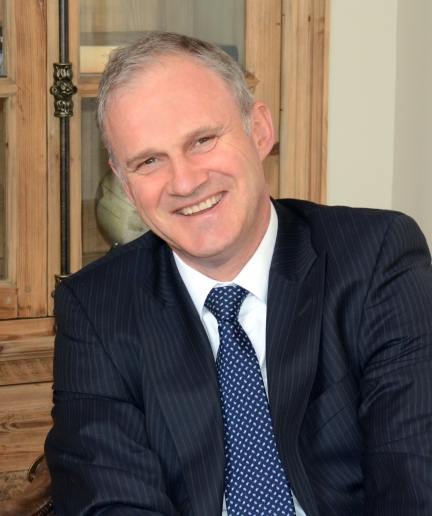 Henry studied Ag Commerce at Lincoln before spending three years in what was the Rural Bank in Dunedin lending money to farmers. After becoming registered as a valuer he returned home to farm on his own account in the early 80’s. He could have chosen a better time. The farming environment changed abruptly at that time and a decision was made to return to banking. Henry went on to hold positions of GM Branch Networks with the National Bank of New Zealand and GM Consumer Banking at Westpac.

In 2007 Henry resigned from Westpac to establish a financial planning practice in Auckland using systems developed by Bradley Nuttall, a well-established financial planning practice based in Christchurch. The addition of a Triple Jump franchise allowed him to offer risk advice to small business, but this has now been discontinued in favour of focusing on financial planning. During this period Henry obtained a Diploma in Business Studies (Endorsed in Financial Planning), became a Certified Planner, an Accredited Investment Fiduciary as well as being certified under the standards of the Centre for Fiduciary Excellence.

Henry is married with three adult children. He enjoys playing golf, spending time at Whangamata where the family has a modest bach, cycling to maintain fitness and spending time in the garden. He is involved in the community through Parnell Rotary where he was the President in the 2013/2014 year as well as being Chair of Macular Degeneration New Zealand (MDNZ) . 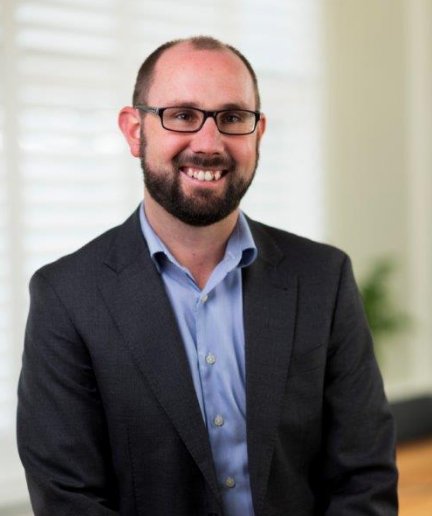 Auckland born and then growing up in Dunedin, Richard joined the firm at the start of 2011 after a long stint in the UK working for major investment banks. Richard is a member of Rutherford Rede’s external Investment Committee and the internal Compliance Committee. Richard is dedicated firstly to his young family and, secondly to lowering his golf handicap (currently 17.3) – the balance between these two things can be intrepid at times, luckily his wife Sarah is mostly understanding! When time allows (and at home DIY projects aren’t too pressing) he enjoys keeping active with a plethora of outdoor activities with his family including mountain biking, snowboarding and wake boarding. He’s also a keen runner and has completed the Paris and Auckland marathons together with a number of half-marathons at home and around the world. 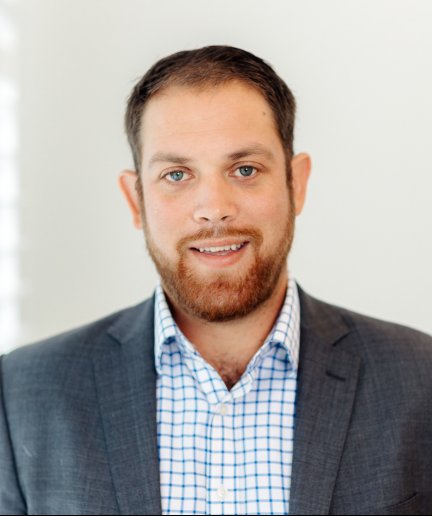 Will joined the Rutherford Rede team in 2017. His strong desire to help others and put his understanding of financial markets to good use has seen him recently promoted to Adviser. Will studied Economics and Finance and AUT and has completed a PGDip in Business with a Personal Financial Planning endorsement. He is a member of Probiz Group and is in the process of establishing a forum for like-minded business professionals and next-gen decision-makers to connect. Outside of work, Will enjoys being active, whether its cricket, squash or tennis. He is also a keen DIYer, spending most weekends tweaking things around his house. 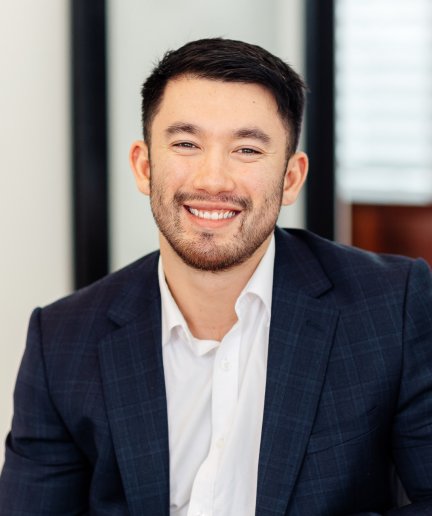 Chris has been a vital cog in the Rutherford Rede team since 2017. As an Associate Adviser, he works alongside Phil and Henry to ensure clients are taken care of to the highest possible standard. Prior to joining Rutherford Rede, Chris worked at Westpac in Consumer Banking. When he’s not busy delighting clients.Chris enjoys spending time with friends exploring Auckland and is an avid traveller, spending as much time as he can on overseas holidays and seeing the world. He maintains a good level of fitness stemming from his days as a rugby player in Wellington and holds a keen interest in financial markets. 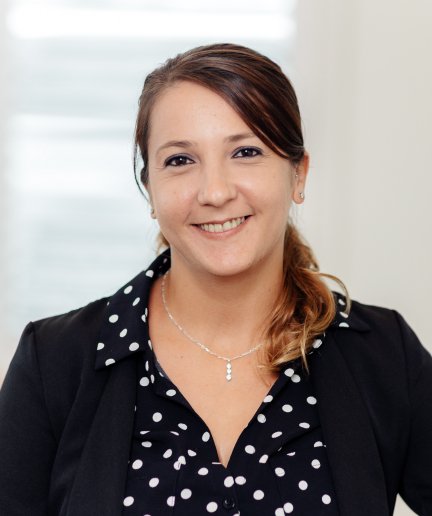 Herna leads a double life as Paraplanner by day and Excel superhero by night. A highly skilled coordinator, planner and spreadsheet extraordinaire, Herna’s superpowers include creating and developing financial planning policies and processes and streamlining internal processes. Herna joined the Rutherford Rede team in 2018 and works alongside Jocelyn. When Herna’s not providing exceptional client service and leaving everyone in awe, she enjoys spending time exploring the outdoors with her family and running around the squash court at her local Squash Club. 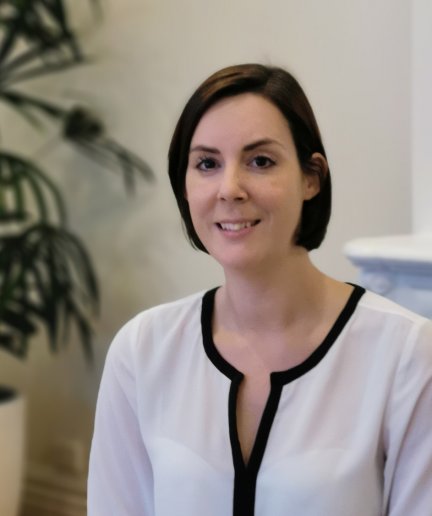 Fallon joined Rutherford Rede In January 2019. As a Paraplanner, Fallon works alongside Richard Knight, is a member of the Compliance Committee, and holds the coveted title of Best Baker. Prior to joining Rutherford Rede, Fallon worked in various large law firms in intellectual property while completing her Bachelor of Accountancy. Originally from Cape Town, South Africa, Fallon immigrated to New Zealand in 2007. She enjoys spending time outdoors exploring New Zealand with her husband and is an avid amateur photographer. 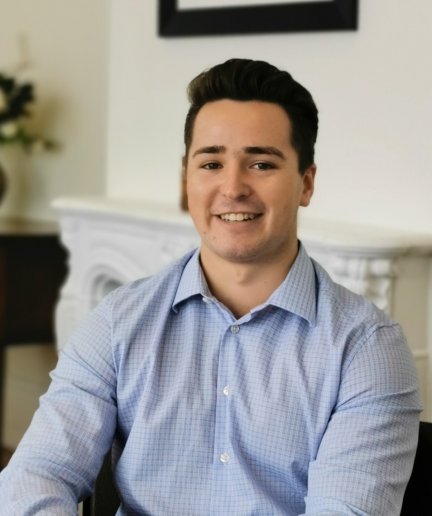 Jackson grew up in Tauranga, studied at Waikato University in Hamilton and is now living in Auckland. He joined the Rutherford Rede team in 2021 and is looking forward to putting everything he learnt at Uni into practice. Jackson will be working alongside William Sargent and he is also a member of the Compliance Committee.

When he is not working, Jackson enjoys trying his hardest to be better than his twin brother in many outdoor activities including Scuba Diving, Wake boarding and in the gym. 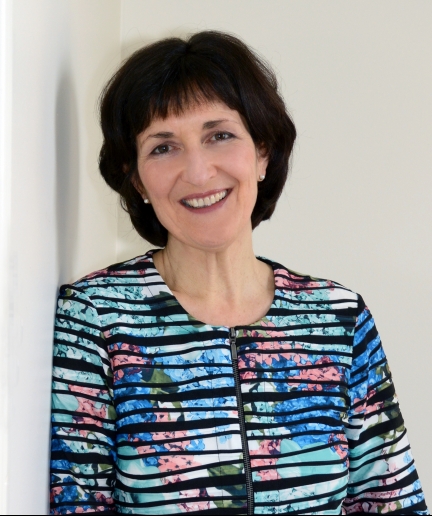 Frances has been associated with the firm as a contractor since 1997 and is responsible for Rutherford Rede’s financial administration. Frances is originally from South Africa and is married to Michael, a Zimbabwean by birth. While in Africa, they enjoyed many adventures in the southern African game parks, including kayaking and camping for days along the Zambezi River. They have a New Zealand-born son, Robert, who is completing his tertiary education in computer science and psychology at university. Out of work hours, Frances enjoys tramping, gardening (including keeping bees) and music. 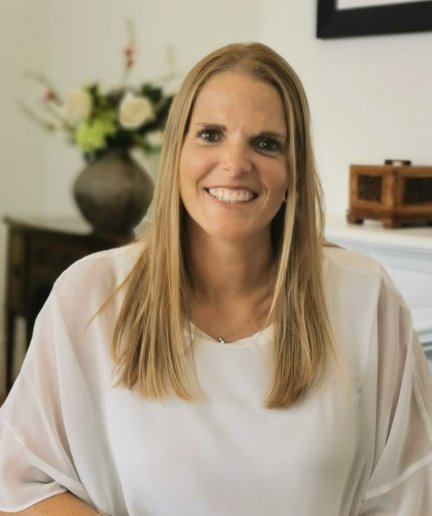 Megan ensures our clients receive the warmest welcome possible when contacting and visiting our office. She keeps our office running smoothly, works closely with facility suppliers, coordinates our internal and external events, and is involved in our social committee.

Megan is the proud mum of two daughters. Worklife balance is important to her, enabling her to deliver her best in the office and at home. Outside of work, Megan enjoys keeping active with sporting interests like stand-up paddleboarding and spending time with family and friends.